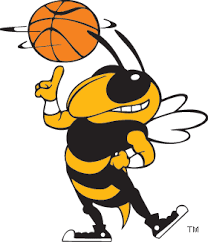 The Jackets are finishing out a very disappointing basketball season. It’s been awhile since Tech has been relevant in basketball on a national stage. That is absolutely unacceptable.

There is little doubt this will be coach Gregory’s final season, or in my opinion, it should be. There has never been a problem getting talent to come to Tech. The NBA is littered with former Tech players. Even during the final dreadful years of Paul Hewitt, Tech had NBA players on the roster. Gregory, however, has been unable to attract the kind of talent it takes to win in the ACC. And certainly, not the kind of talent we are used to having at Tech.

If Tech were in the SEC, then chances are we would have a winning record and likely be headed to the dance, but the ACC is a different league. Jackets fans are used to competing in this league. Even in today’s college basketball world, where recruiting is different and players come and go, there is no excuse for Tech not to be good. Excellent new facilities and arena, playing in the best league in the land, located in the city of Atlanta, and Georgia being a talent-rich state. All it takes is the right coach and Tech will be on the road to reviving this proud program.