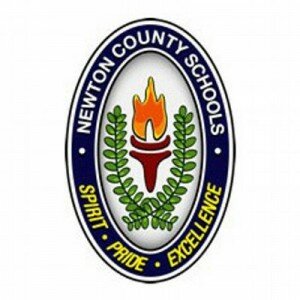 The Newton County School System (NCSS) Office of Public Relations has received national recognition for publications and social media produced during the 2016-2017 school year. In all, the National School Public Relations Association (NSPRA) awarded the district one Award of Merit and three Honorable Mention awards.

Items submitted for consideration included the district’s 2015-2016 Annual Report, an Alumni Spotlight on Buncie Lanners, a 2016 highlights video, and the school system’s Facebook page. The NCSS 2015-2016 Annual Report received the Award of Merit and the Alumni Spotlight received the honorable mention award in the excellence in writing category. Both the 2016 highlight video and NCSS Facebook page received honorable mention awards in the video and social media category, respectively.

School Public Relations Departments throughout the nation were eligible to participate in the National School Public Relations Association’s Awards recognition program and this year 948 entries were submitted in the publications, video, and social media categories. Publications were judged on design, skill, and meeting the overall PR goals/objectives.

“Our goal is to keep our stakeholders continually informed of important information regarding our school district,” said Sherri Davis-Viniard, Director of Public Relations for Newton County Schools. “It’s an honor to receive four national awards. While the Public Relations department produced the content for the Annual Report and the 2016 NCSS Highlights video, much of the credit for those two awards must go to Square One Creative Group. They did a fantastic job of putting all of the information together and both final projects were amazing. While the awards are very special, most important is the fact that we were able to provide our stakeholders with important information regarding our school system.”

We got tired of reading about DUIs and violent crimes in our local papers and decided to spread good and positive news in the East Metro Atlanta area. There’s some great things happening in our communities and it’s time someone shared the love. Previously the Olde Town Times, we’re still the same “Good News” paper! We changed the name to better reflect the areas we service – DeKalb, Rockdale, Newton, Walton, Morgan, and Greene counties