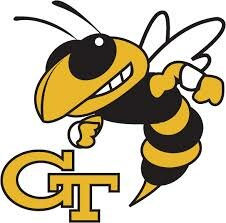 Contrary to a rumor I heard, all of the autograph money did not come from my address in Conyers or Judd Doster’s address in Eatonton.   You might remember, Tech went through a similar situation with Bebe Thomas in 2009.  Thomas took some free clothing valued at $300.  I have said since then and continue to say that the NCAA and some of its rules are a joke.  But wrong is wrong and UGA will now suffer the consequences.

I was proud of Coach Johnson at the time.  He basically told the NCAA to take a hike and played Thomas anyway.  Tech went on to win the ACC and go to the Orange Bowl.  I saw it with my own eyes, even if the NCAA says we didn’t win it.

My guess is Gurley will be back for the Tech game and I hope so, I don’t want any excuses when the Jackets run all over them in Athens this year.

Don’t look now but the Jackets are 5-0 as I write this with a slew of winnable games coming up.  Early success has put the Jackets in the polls and given them a chance for a special season.

No Responses to “Go Jackets!”