For some high school students, attending college is just a dream—far too expensive to even consider. Others follow that dream but spend many years after the fact paying off the tremendous debt incurred in pursuit of higher education. Four Newton County School System (NCSS) seniors have completely wiped that worry off the table as each has earned a full-ride scholarship to the college or university of his or her choice!

When Alcovy High School senior D’Andre McIntyre and Newton High School seniors Nkosi Cave, Rhyan Davis, and Trinity Harrison begin college in the fall, they won’t have to worry about paying off student loans four years later. Both McIntyre and Cave earned full-ride Gates Millennium Scholarships to pave their way to studies at the University of Miami and Emory University respectively. Davis won the prestigious full-ride MLK Scholarship to Oxford and Emory and Harrison is the first-ever NCSS recipient of the Posse Foundation Scholarship—also a full-ride scholarship—which will allow her to pursue a degree at Texas A&M University.

Only 1,000 students nationwide have earned this special honor.  Their full-ride scholarships can be used to pursue degrees in any undergraduate major at the accredited college or university of their choice.

The Gates Millennium Scholars (GMS) Program was established in 1999 to provide outstanding low income African American, American Indian/Alaska Native, Asian Pacific Islander American, and Hispanic American students with an opportunity to complete an undergraduate college education in any discipline they choose. Continuing Gates Scholars may request funding for a graduate degree program in one of the following discipline areas: computer science, education, engineering, library science, mathematics, public health or science. The goal of GMS is to promote academic excellence by providing thousands of outstanding students, who have significant financial need, the opportunity to reach their full potential. 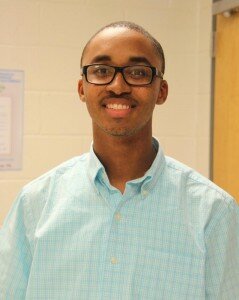 Alcovy High School senior D’Andre McIintyre has big plans for college but will start things off majoring in biology with a minor in political science at the University of Miami. Once he gets some courses under his belt and determines his true passion he has his sights set on either attending medical school at Johns Hopkins University or law school at Yale University—both which will qualify for free rides from the Gates Millennium program.

“I joke with my family that I’m either going to end up the Attorney General or the Surgeon General,” said McIntyre.

He’s prepared himself for the hectic schedule of a college student by immersing himself in not only academics but also extracurricular activities during his four years at Alcovy. Mock Trial, student council, Key Club, chorus, tennis, FBLA, drama club, and the National Honor Society are just a sampling of his high school schedule.

McIntyre said his entire family is extremely proud of his accomplishment. In fact, his aunt was so excited that she had to pull over her car when told the news and his uncle has been calling all his friends and relatives bragging on his incredible nephew.

“I’m just so thankful,” said McIntyre. “I know my parents had to take out loans to pay for their masters degrees and it’s going to take a long time to pay that off. I’m just very thankful that I don’t have that burden, or stress or worry about after I finish this degree of being in a hole where I’m forever paying for it. I can start right in on my career with no worries about paying off my college debt.” 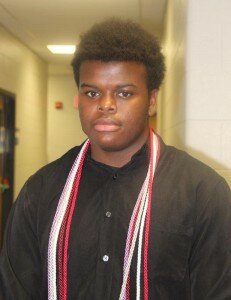 Newton High School senior Nkosi Cave is ending his high school career in incredible fashion. He’s actually walking out of school with over $1.28 million in scholarship offers—just for himself! Rams most definitely rise at Newton High!

With all that scholarship money on the table and over 20 college acceptance letters in hand, the pursuit of higher education has definitely been on Nkosi’s mind the last few months. Ultimately, he chose to accept the Gates Millennium Scholarship to pay for his studies at Emory University in Atlanta. Nkosi’s plans are to major in business for his undergraduate degree and follow that up with a master’s in psychology. A doctorate is also in his plans—all courtesy of the Gates Millennium Scholarship program.

His goal is to eventually become an entrepreneur and own his own business that deals with music production, video and design, fashion and design, and the general entertainment field. But he’s not limiting himself to just that.

“Most of all I want to give back to my community through the force of education,” said Cave. “I was planning on opening a program or a center that teaches STEM related courses to elementary and middle school students. And in the future, a dream of mine is to have my own private school where I can teach and encourage others and do career building while also implementing the school curriculum. I have very big aspirations with want I want to do with my business.”

Cave plans to start his program in the metro-Atlanta area and then add an additional program in the Caribbean in Trinidad since that’s where his father’s family is from.

During his time at Newton High, Cave participated in DECA, the Robotics Club, and the National Honor Society. When not at school he is also an avid participant in martial arts.

“This scholarship offers me the opportunity to be a leader and give back to my community,” said Cave. “This money is providing me the knowledge and the time to focus on exactly what I need to do to help others and to give back.”

He added, “My parents never had money to send me to college. My mother didn’t work when I was younger so she could stay home and teach me so I would be able to get to this point and be able to earn my own money. Really she paid for my college but she paid for it back when I was younger, when I was 5, 6, 7. My mother is a big part of why I got these scholarships and so is my father, because he was the one who worked all the time. He had three jobs. He was the one who went to different states for two days driving non-stop so we could have a roof over our heads and clothes on our back. It’s definitely been a struggle these past 18 years but I’m so glad that I can relieve them of the burden of paying for my college education.” 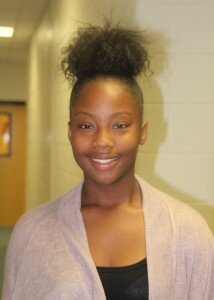 When Rhyan Davis sets her mind to do something, just mark it in the book. She has known about and had her sights set on the Martin Luther King Scholarship offered by Oxford College and the Newton County King Scholar Fund since she was a little girl. She can now check that box on her to-do list.

“Getting the MLK scholarship has always been my family’s dream for me,” said Davis. “My whole family is from Covington and my aunt went to Emory so it just means a lot to be named this scholarship recipient, especially with it being named after Martin Luther King. He was so influential.”

She added, “This has taken a large burden off of our shoulders so now I can focus on other things.”

Those other things include two years of studies at Oxford College followed by two years at Emory University. Davis plans to major in international studies before moving on to law school. Her ultimate career goal is to become a corporate attorney.

According to Davis, she feels fully prepared to enter college as a result of the education she received at Newton High, where she was enrolled in the school’s ALANHS program.

Despite the heavy academic schedule, Davis made time for a number of extracurricular activities, including Rambassadors, Key Club, National Honor Society, Cheerleading, Mock Trial, and the Superintendent’s Student Advisory Council.

Having achieved her goal of winning the MLK Scholarship, her college degree and career aspirations are next on her list! 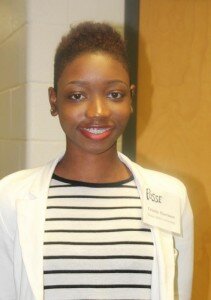 Harrison was nominated for the Posse Scholarship program by Newton High School counselor Francene Breakfield. Harrison along with 1000 other metro-Atlanta students participated in a series of interviews throughout their senior year. That number was whittled down to 60 and then ultimately, Harrison was one of only ten to receive the Posse Scholarship from Texas A&M University.

She intends on majoring in political science with a focus on international relations. Harrison’s ultimate career goal is to become a political analyst on television and for the government.

She too firmly believes her education at Newton High School has set a good foundation for success in college. In addition to her academic studies, Harrison made time for numerous extracurricular activities, including the Academic Team, Girls State, National Honor Society, Newton Youth Leadership Institute, and the Superintendent’s Student Advisory Council. She also served as president of the Interact Club.

“This means so much to me because my dad came over here from Trinidad for better education in America but he couldn’t get the money for it so he never went,” said Harrison. “And then my mom never finished but now she has a lot of debt. For me to get this full-tuition scholarship and just basically have my education paid for—they have no more worries as far as that goes. That felt amazing. I felt like I made them proud. I was just happy to be able to do something for them as well as myself.”

“To say that I am proud of D’Andre, Nkosi, Rhyan, and Trinity would be an understatement,” said NCSS Superintendent Samantha Fuhrey. “How can you end your high school career any better than by earning a scholarship that affords you the opportunity to attend the college or university of your choice-free of charge? I know they put forth a lot of hard work and effort during the past twelve years and as a result, they’ve attained the ultimate reward—a free college education. If this is what they’ve achieved during the last twelve years, it makes you wonder what they will accomplish in the next twelve. I have no doubt the sky is the limit.”