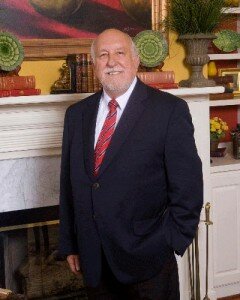 “I could not be more pleased that Gov. Barnes has endorsed my candidacy,” said Johnson. “We served together in the General Assembly when I was in the Georgia House of Representatives and he was in the Georgia Senate early in my political career. We have remained friends since then. I greatly admire his courage and integrity.”

Barnes was Georgia’s 80th Governor and served from 1999-2003. The John F. Kennedy Library presented Barnes the 2003 Profiles in Courage award for his successful effort to remove the Confederate battle flag emblem from the state flag where it had been since 1956. Barnes lost re-election in 2002 to Republican Sonny Perdue by five percentage points. After a political career including service in the Georgia State Senate and House and a second run for governor, Barnes is now an attorney in private practice in Marietta, GA.

Barnes appears in a video testimonial on Johnson’s website, www.philfornewton.com, where he cites the lack of leadership too often seen in county government. He says Johnson has the “leadership, vision and foresight to make sure we all prosper. I’m for Phil Johnson, and I hope you will be too.”

Johnson is seeking the Democratic nomination for County Commission Chair in a May 24th primary, with early voting to begin May 2nd. He has been a lawyer and businessman for 40 years, and is a native of Newton County. He and his wife Rita have a large family and grandchildren, so Johnson is focusing his campaign on developing a vision for the future in tandem with community leaders, then building consensus to move forward progressively.

Johnson has played a major role in debates in recent years over the 2050 plan, a plan with many good features but requiring revisions to make it palatable in the community; halting the unneeded reservoir despite having spent $22 million; fighting back the backroom deal promoting the privatization of the landfill; and correcting the form of government haphazardly adopted in 2011.

For the past five years, Johnson served as President and Chief Operating Officer of Birdsey Property Solutions, which manages foreclosed properties. The parent company, Birdsey Enterprises was name 16th fastest growing company in Georgia by Inc. Magazine in 2015. Johnson resigned at the end of 2015 to focus on his campaign for Chair.