Dave Says…Giving Beyond Your Means

My wife and I are debt-free except for our home, and we’re on Baby Steps 4 and 5. Recently, we were asked to make a large donation to a charity we already support. We don’t have the full cash amount they asked for on hand, and after hearing that, they said we could make monthly installment payments until the donation amount was paid in full. We’re hesitant to do this because it seems a bit like debt to us. What do you think? 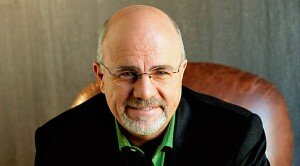 Well, it’s not debt. There would be no repercussions, other than guilt, if you couldn’t make the full donation. So, it’s not debt. To be honest though, I don’t engage in that kind of stuff when it comes to giving.

My wife and I do all our giving — except for our tithe to our local church — through our family foundation. Sometimes we’ll do this giving in a couple of installments, but it’s not because we don’t have the money. It’s generally a situation where we’re walking with the charity or ministry throughout the year, and we’re observing and assessing the need.

I’d be hesitant to give a gift when I don’t have the money. Most of the time, approaches like this fall under the heading of manipulation. You’re being pushed beyond your means. Most giving of this type, biblically speaking, would be from surplus. And right now, you don’t have the surplus.

I’m kind of uncomfortable with this, Ben. I don’t engage in making gift promises beyond what I have. It’s not debt, but it kind of starts to feel like it, and it’s not so much living beyond your means as it is giving beyond your means. That’s just another reason it doesn’t strike the right chord with me.

Dave Ramsey is America’s trusted voice on money and business, and CEO of Ramsey Solutions. He has authored seven best-selling books, including The Total Money Makeover. The Dave Ramsey Show is heard by more than 12 million listeners each week on 575 radio stations and multiple digital platforms. Follow Dave on Twitter at @DaveRamsey and on the web at daveramsey.com.

No Responses to “Dave Says…Giving Beyond Your Means”