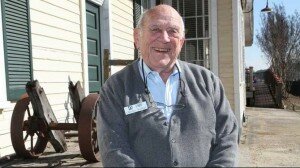 If we could take a little trip in a time capsule to 1884 and look around we might be surprised at how many things look relatively unchanged. There are, however, some things that few people know about that are not the same.

The building now housing The Sandwich Factory was the post office. Immediately behind the building which formerly housed Tattersall Book Store was a “Watchman & Bell Tower”. If there is any written information about the tower, I haven’t been able to find it, but it was presumably for the use of a watchman to keep an eye on the town, especially at night, and to sound a bell in the tower if a fire was spotted or other alarm needed to be sounded. There is little indication of the height of the tower in 1884. A map of the area shows the tower to be very close to the building, probably less than ten feet from it. The 1895 map shows it was moved a reasonable distance from the building, and was 40 feet high.

The street entering Green Street, opposite the depot, was Stewart Street, and further to the left, Oakland Avenue was Academy Street – so named because at the top of the hill behind the library was an “academy” operated by Prof. and Mrs. T.D. O’Kelley. O’Kelley Street dead-ended at the front door of the Academy. Since then the street has been continued through where the Academy stood to where it becomes Hardin Street.

How do I know what things were like in Olde Town on Christmas 1884? I am getting older, but I’m not quite that old. I have been looking around online, and there is a wonderful site online you might want to visit. If you should be a proud owner of property in the Olde Town Business District you will certainly enjoy exploring the site.

The Sanborn Company made maps of towns and cities for the insurance industry for many years. The maps were used by insurers to assess the fire risk of commercial properties, and were done every ten years or so. The maps may be viewed online. The maps of 1884, 1895, 1901, 1909 and 1921 can be accessed at Sanborn Fire Insurance Maps for Georgia Towns & Cities 1884 – 1921. This is in the Digital Library of Georgia. There is a treasure trove of good information in that digital library. When you go to the site, look to the left bottom and click on browse through “cities” to find Conyers.

So, we can take that little trip in a time capsule. Just hop aboard your computer, and go online to this site. Look around in the digital library while you are there. You will find old photos of all sorts of things in Rockdale County. You will enjoy the trip and probably get hooked on it. Bon Voyage!

No Responses to “Christmas 1884 in Olde Town”