WWII Patrol On the Home Front 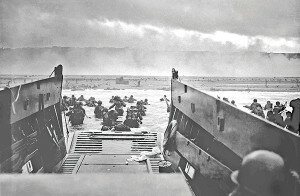 When we get right down and think about it, we get to live much of our lives three times. We may anticipate an event or sequence of events, imagining all the colorful nuances of it. Count that as living that experience the first time. Then we actually experience it. The “live action” may be as interesting, as fun, or as horrible as we had imagined, or even better or worse. That is the second living of it. The third is the reflecting on it afterward. So there you have it. You have “lived” that episode of your life three times.

As we grow older we tend to enjoy reminiscing with our friends. If one possesses a pretty good memory of things long gone, it could be seen as a blessing. But if there is nobody to remember it then it isn’t much fun. If you relate your experiences to young people, they are bored and think you were crazy or were terribly deprived to have actually enjoyed the things we did. People older than you aren’t interested at all, and people your own age can’t remember. There is an upside to this, however. It is that if nobody recalls the event, it offers the opportunity to warp the truth to fit one’s preferences, or to make the tale more exciting. And there is nobody to call you down on it. I am not suggesting that I do that. No sir, not at all. But prettier cloth is spun out of more colorful threads, and there must be a lesson in that fact somehow. Regardless of that, the following paragraphs are factual and as I lived them.

But back to the business at hand. I lost a friend from childhood a few years ago. Sam Cowan was my age. We walked to school together and played together a lot, as he lived next door on top of the hill at the corner of O’Kelley and Scott Streets. Sam’s dad, Mr. Rufus Cowan, was an avid fox hunter, and kept a pack of fox hounds in a large fenced-in area at the corner. Sam’s dad also bought dog biscuits for his hounds in 100 pound croker sacks, which he stored in a backyard shed. The biscuits were sort of funny looking, like they might have already been through a dog. The thin hounds weren’t crazy about them, but they ate them eventually rather than starve.

During the years while WWII raged in Europe and the Pacific islands, Sam and I, aged 6 to 11 during those years, were well primed on the exigencies and hardships of war, and often played at soldiering. Occasionally we had grenades made of potatoes with firecrackers in them to carry along with our BB guns when we went on “patrol” in nearby woods and fields. Our “battle grounds” were usually in the area of the Rockdale County facility on Parker Road and beyond, which was then undeveloped and rural, with open terrain, forest and “jungle”. If the patrol was to be a long one, we went to Mr. Cowan’s shed and filled our pockets with “rations”. The dog biscuits of that day were probably made of stuff you would not feed your dog today, or allow your dog to eat. Think offal and roadkill. Certainly there were no regulations whatsoever as to what could be put into them. But Sam had discovered that they made good rations in that they were virtually indestructible, carried in the pocket, and he said they were “food”. I tried one and agreed, although they had a decidedly “cagey” flavor. We knew that soldiers couldn’t be picky, and that survival was the issue. We were set for the duration of the war, with a shed full of rations just waiting for us and the hounds. We were aware of the WWII soldier’s boredom with rations, whether C-rations or the concentrated K-rations. After surviving for a few hours on our rations of dog biscuits, we could relate to the G.I.’s problem, and declared that it was time to get back to our own lines and regular food. The main objection we had to our rations was their cloying after-taste. There is no telling what created that. In the words of a popular song from that era, “I wonder, I wonder, I wonder; but I really don’t want to know.”

No Responses to “WWII Patrol On the Home Front”