Who is running in the Special Election for State Senate District 43? 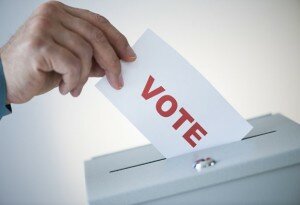 Are you ready to cast your vote during the November 4, 2015 special election? Governor Perdue announced a special election for Senate District 43 that includes parts of Rockdale, Newton, and the Lithonia and Stonecrest area of DeKalb County. There is a large pool of candidates vying for the seat that has been vacated by Senator Ronald Ramsey Sr. The seat has more than one year left of a two-year term and is not subject to term limits.

The special election is the result of Senator Ramsey stepping down in July to accept the position as a judge in the DeKalb County traffic court. Senator Ramsey, who was a Democrat from Lithonia, held his seat in the Senate since 2007.

You may be familiar with several of the candidates that have been in public office positions or have previously served in public service. These candidates include Tonya Anderson, who is a Democrat currently representing State House District 92; Marcus Jordan, who is the current Newton County Tax Assessor; JaNice Van Ness, who is a Republican and past Rockdale County Tax Commissioner; and Stan Williams, who previously served as the Chair for the Rockdale Democratic Party and was a former official in the Bill Clinton administration. Diane Daniels-Adoma, Angela Moore, Sharon Sawyer, and Rodney Upton have also previously run for various offices.

Many of the candidates own their own business or are local business professions who are active in their communities. Diane Daniels-Adoma co-owns all of the H&R Block locations in Rockdale along with her husband and also owns her own business consulting firm. Rodney Upton is a small business owner/contractor in Conyers. JaNice Van Ness is the owner and founder of Peachtree Academy. Tonya Anderson listed her occupation as a pastor and certified life coach. Marcus Jordan works as the Chief Appraiser for the Newton County Board of Tax Assessors. And Sharon Sawyer works as a financial analyst with Acuity Brands. Two of the candidates listed themselves as retired: Bill Kennedy and Stan Williams.

Early voting starts on October 12, 2015 and Election Day is November 3, 2015. Because this is a nonpartisan special election, there will be no primary election. Candidates’ party affiliations, if any, will be listed on the ballot. And because there are so many candidates running, the possibility of having a runoff election seems high. If none of the candidates wins a majority in the nonpartisan race, a runoff will be held December 8, 2015.

We know how important it is to stay informed. Send your questions to [email protected] to ask one or all of the candidates and we will try to get you the answers in time to decide before the November 3 election.

No Responses to “Who is running in the Special Election for State Senate District 43?”