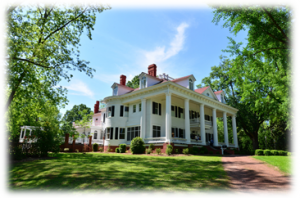 The Twelve Oaks Bed and Breakfast in Covington, Ga has been selected for the prestigious Southern Living Hotel Collection. The Inn was also recently chosen by BedandBreakfast.com® as one of the Top 10 US Bed & Breakfasts. These high honors distinguish The Twelve Oaks Bed and Breakfast as one of the top inns of the South and in the United States.
The Southern Living Hotel Collection is “a carefully selected collection of Four and Five Star level independent resorts, hotels and inns, diligently vetted and creatively marketed by Southern Living, and devoted exclusively to offering the best in authentic Southern travel, hospitality and experience.” Each member in the collection is acknowledged as sharing “a common commitment to Southern excellence in hospitality. The one and only Collection devoted to the best of the South…As often noted by the writers and editors at Southern Living, ‘You know it when you see it.’” The Twelve Oaks is proud to join this prominent collection that recognizes true southern hospitality and “a new way to savor the south.”

To announce its 2014 winners, BedandBreakfast.com featured this award in its weekly newsletter to over a million travelers including information on the winners and locations, which brought further recognition to the city of Covington for The Twelve Oaks’ win. The website is the most comprehensive global site for finding bed and breakfast properties around the world, with more than 13,000 properties worldwide representing nearly 80,000 rooms. Finalists were chosen based on a qualitative and quantitative analysis of traveler reviews on BedandBreakfast.com from the past year, and winners were ultimately selected by an independent panel of guest judges. The Twelve Oaks is delighted to have been chosen from thousands of B and B’s across the United States as one of the Top 10 in the country for 2014.

Nicole Greer the owner of The Twelve Oaks was quoted as saying, “As a Southern girl, I’ve always had tremendous respect for the Southern Living Brand. I was nervous when they visited. Imagine cooking for representatives of Southern Living! We were thrilled to be asked to join the collection.” And of the BedandBreakfast.com win, “We were floored to be chosen as a Top 10 B and B in the nation! My amazing staff and I truly care about each of our guests and want them to feel like they’ve received a taste of Southern Hospitality at its finest. Starting this business was a dream of mine and has taken blood, sweat and sometimes tears but I am truly grateful to see it recognized as one of the best in the country.”

The Twelve Oaks Bed and Breakfast was Margaret Mitchell’s inspiration for Twelve Oaks in the Movie Gone with the Wind, as referenced in David O. Selznick’s Hollywood. Formerly called Whitehall, this circa 1836 antebellum home was built by Judge John Harris. He also owned a large plantation near Covington that was pilfered by federal troops in 1864 by Sherman on his March to the Seas. Today, this 11,000 square foot home features eight guest rooms and has been renovated to provide modern conveniences and comforts such as free Wi-Fi, iPhone docking, remote control fireplaces, flat panel TVs, and luxurious baths and linens. A stay at the inn features complimentary Southern Sippin’ and Nibblin’ hour, turndown service with waters and chocolate truffles, and delicious homemade breakfasts. The Twelve Oaks, which opened in November of 2012, has had visitors from across the globe including Australia, England, Canada, Denmark, Europe, Asia, Africa, and South America.
Come be inspired.

To celebrate these high honors, The Twelve Oaks will be holding an open house and ribbon cutting on Tuesday January 27, 2015 from two to three o’clock in the afternoon, with ribbon cutting at two. Everyone is invited to join in this momentous occasion and take a self-guided tour of the house.

For more information on The Twelve Oaks or online reservations please visit www.thetwelveoaks.com.