The Shack Out Back 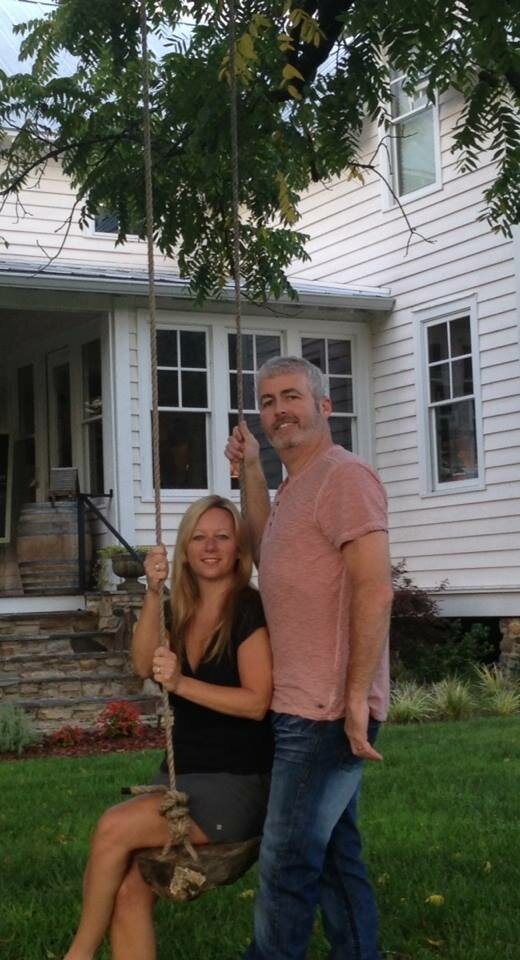 Staci Lowder and husband Rob Lowder, owners of The Shack Out Back

Rob and Staci Lowder invite the public to their vintage antique shop, The Shack Out Back. Located in the back of Floor Creations, the store beckons you to take a closer look. Rustic tin roofing lines the walls, neon signs light corners and antique signs surround the eclectic array of pristine furniture, toys, and vintage car parts. Staci said,” It’s a little bit man cave, a mix of Americana, and a chance to sample local crafts.”

After almost 20 years of marriage, the high school sweethearts consider themselves “avid antiquers.”

Their farm in Monticello has been a haven for all of their vintage finds. However, they have always dreamed of opening an antique shop in Rockdale County. Rob has owned and run Floor Creations on Sigman Road for the past seven years.

The couple brainstormed ways to convert the rest of the building into an antique shop.

In January, they decided to make their dream come true. Staci, a former mammography technologist at Rockdale Medical Center, devoted herself full-time to working on the store. Estate sales and auction treasures began to build their inventory. The couple grew excited as the space was gradually transformed.

A chance encounter in North Carolina changed everything. Staci said, “We were visiting our relatives in Clayton and saw an antique store right across the Georgia state line. Every time that we went by, it was closed.” A second trip increased their curiosity when they saw “Going Out of Business.”

After calling, she found out that Bryan owned the North Carolina family business with his father-in-law, Steve Anglin. Steve had been ready to retire and his wife, Lisa, had been eager to travel. So, of course, Staci and Rob got a private tour of the shop. After a while, Rob looked at Steve and asked, “How much do you want for everything in the store?”

The question took all of them by surprise. The Anglins’ store had been a lifelong love. It was very important to Steve and Bryan to decide on a fair price. A deal was soon made and the rest, you could say, was history.

The families became close as they moved the entire collection of antiques to the Lowder’s store in Conyers. Bryan went above and beyond offering his time, extensive knowledge, and muscle power to get the merchandise carefully loaded. Staci said, “Without all of their help, we would not have been ready. We really want to pay tribute to each of them.” 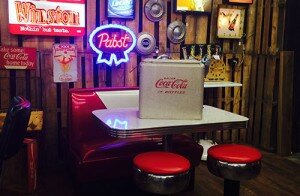 One of Staci’s goals is to showcase local artists. For instance, Kathy Cuiffi, who owns Heartscapes Studio Gallery in Covington, displays her beautiful paintings. Debbie Hilty designs repurposed treasures with the art of metal tooling. Eileen Lowder Murray restores furniture and gives it new life with lots of character.

Rob and Staci are both very excited for the opportunity to build and craft as well, focusing on pallet art and black pipe artwork.

The result is a charming store, filled with a little bit for everyone. The store promises to be a real hit. Visit their Facebook page at https://www.facebook.com/Theshakoutbak, or better yet, visit their store at 2085 Sigman Road, Conyers, GA. Bring your friends. Bring your neighbors, and help get the word out about the one of a kind, Shack Out Back.

Staci was a long time employee in the mammography department at Rockdale Medical Center before she decided to pursue her dream of opening her own antique shop.  She dedicated her career to helping women fight breast cancer through early detection with mammography and ultrasound.  Although she misses her patients and her coworkers, she has never been happier in her new environment.  She does however want to continue her mission in helping women in our community.

On August 8th from noon till 4pm, Staci and Rob will host a Classic Car Show at The Shack Out Back location.  All the money raised at this charity car show will be donated to the Kim Atkins Foundation, whose mission it is to save lives through prevention programs promoting breast health awareness.  Staci feels this is the best way to support her life long work.

No Responses to “The Shack Out Back”