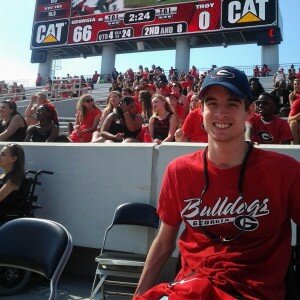 A  Texas Hold ‘Em Tournament Benefit Fundraiser to raise money for a non-embryonic stem cell procedure for Tyler Head will be held on July 25th at 2:00 p.m. at the Celtic Tavern in Olde Town Conyers.  Along with great music and good food a silent auction will be held. Opportunities to bid on items include a Tiffany and Co ring, gas smoker, vapers, a handmade quilt and Yeti cooler.  The fundraiser is an effort to raise money to treat Tyler’s spinal cord injury suffered during a wrestling match when he was 16 years old. The broken neck injury resulted in all loss of feeling and movement from the neck down leaving him a quadriplegic.  Since then he has been aggressively taking part in all forms of therapy and has made tremendous improvements exceeding the expectations of many. Now he lives a fairly normal life doing the same things as others his age like going to college and driving.

Stem cells offer limitless possibilities and results have been very promising. The procedure is done in Switzerland and the stem cells would be from my Tyler’s body only, no embryonic stem cells are involved.

Tyler feels God has guided him to this point and given him this opportunity. Initially he was given no hope of regaining any function, but through God’s healing he has proved that prognosis wrong.