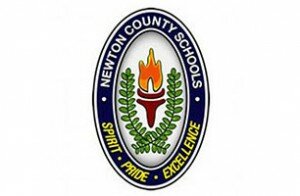 The Newton County School System (NCSS) Office of Public Relations has received national recognition for publications produced during the 2014-2015 school year. In all, the National School Public Relations Association (NSPRA) awarded the district one Award of Excellence and one Honorable Mention.

Items submitted for consideration included the district’s first ever Annual Report and an informational brochure on the Newton County Board of Education. The NCSS 2013-2014 Annual Report received the highest possible honor, the Award of Excellence. Only eight school systems in the nation received an Award of Excellence for their annual report. The NCSS Board of Education brochure received an honorable mention.

“Our goal is to keep our stakeholders continually informed of important information regarding our school district,” said Sherri Davis-Viniard, Director of Public Relations for Newton County Schools. “It’s an honor to have two of our publications receive national awards. While the Public Relations department produced the content for both documents, much of the credit must go to Square One Creative Group, also known as Current Events Productions. They really did a fantastic job of putting all of the information together into two great designs. We were very pleased with the final products. Most importantly, however, we were able to provide our stakeholders with important information regarding our school system.”