My Hoarding Continued and Keeping The South In Our Meals 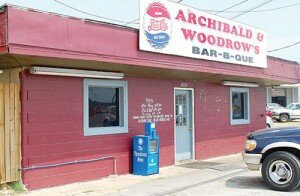 To continue on with the theme of last month’s article of hoarding recipes for years and getting buried in them, I also have collected (hoarded) every article known to man in regards to Barbecue, Southern Cooking, Best Places to Eat in the South, Best Chefs, Best Side Dishes, and the Best Products to use when cooking, grilling or anything else associated with cooking.. I can’t get enough of it! What is the best grille, Big Green Egg, Kamado Joe, Weber, Gas, Infrared and the list goes on and on.

Now to begin with, I have now found out that cast Iron is the way to go if cooking on a stove top or a grill. If you grew up in a house in the SOUTH your momma, grandmomma, or great-grandmomma cooked with CAST IRON. Still nothing can top that skillet for good down home cooking. We are cooking with the same skillet I grew up with. We leave it sitting on the stove on the same burner it has been on for years. It is as much a part of my family as the dog and other members….. well almost! You get the picture. To paraphrase Charlton Heston, “You will have to pry that skillet from my COLD dead hands before I give it up.”

I recently discovered the Southern Home Cookers “Disney World”, as we made our first visit to a store in South Pittsburg, Tennessee.  This is the home of the mother of all cast iron products, The LODGE Factory Outlet. Now Lodge is to cast iron what Lamborghini is to automobiles. They are leader in the industry and I found myself in awe of ALL of the products made of cast iron. I know that Granny Clampett would have died and gone to heaven had she had an opportunity to visit this store. I guess Jethro did not have the “DI-rections” to get her here. I say all of that to get to this. In my cabinet at home I found several articles collected over the years on how to care for cast iron cookware. Rule Number 1 thru 99: NO SOAP shall touch the cooking surface at any time during the lifetime of the skillet, which should be longer than the owner’s lifetime!

I also discovered a section from the Atlanta Journal Constitution dated April 27, 2006 with the whole section named The Pit and the Pendulum. It was a barbecue lover’s best seller. The War and Piece of barbecue. It was part of a series done by the paper called Saving Southern Food and it was written by a fellow named John T. Edge (kind of has a ring to it doesn’t it).

John is a native of Macon and I have mentioned him in past articles as he is the director of the Southern Food Alliance at Ole Miss. John and his group have taken on the task of KEEPING the SOUTH in our meals no matter how many Yankees move down here. The story mentions several old line Bar-B-Q joints in the deep south of Alabama. Archibalds in Tuscaloosa, Fresh Air, Sweatman’s, B.E Scotts, and Craig’s are on the list. But the most interesting part of the story was the final few paragraphs.

There in the closing comments was mention of one Nick Pihakis. Yes, the NICK of Jim ‘N Nick’s, one of the local restaurants here in Conyers. I am sure at the time of the reading that name and all went right over my head. Little did I know that four years later in a 2010, through a chance meeting I would be joining that group and working for Nick and all the great partners who are working every day towards the goal that John T. Edge is working towards–KEEPING the SOUTH in our meals. And as they use to say ..we ain’t just whistling Dixie!