Megasite in Newton County, Potential Game Changer for Our Community 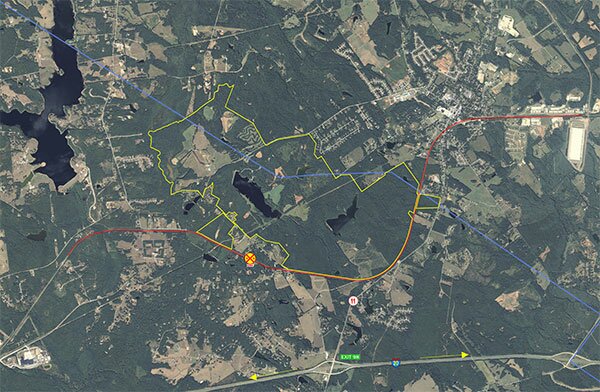 The idea of a megasite in Newton County is coming closer to fruition with the potential development of approximately 2,500 acres.  This could bring a major economic impact of manufacturing to the area and potentially could bring to the table a development deal worth hundreds of millions and over thousands of jobs.  Bringing in manufacturing jobs is vital to maintaining a healthy local economy.

The unique location in Newton County, being between Atlanta and Augusta on Interstate I-20 and within a 45 minute drive of 2.5 million people, could be a goldmine for its developers.  Manufacturers will like the proximity to Atlanta, Athens, and Augusta, where there is access to university research centers and strong labor forces.  The CSX railroad has been working with Newton County to get the megasite ready for large-scale development, such as manufacturing and automotive plants, with easy access to rail. And although Newton County already has top companies flourishing in the community, it has been able to maintain a hometown feel.

The Tesla-Panasonic Giga factory in Reno, Nevada is an example of the size and local impact that an industry could have on Newton County.  Director of Commercial Development, Serra Hall said, “Dave and I looked at the Tesla Giga factory as an inspiration on this project. We watched and researched it and said, we can bring that to Covington.”

The development of the megasite is a big deal since there is only one in seven megasites in the country.  A defining aspect of a megasite is a large plot of land next to an interstate or rail line. The area in northeastern Newton County has both.  The site is between interstate I-20 and Georgia Hwy 11, and the CSX railroad runs along one perimeter of the property.

More than one year ago, David Bernd, who is Vice President of Economic Development for the Covington-Newton Chamber of Commerce, had discovered the unique tract of land using satellite maps.  He then walked 21 miles along the section of CSX rail track to get planning off the ground.  Within two weeks of having publicized the proposed megasite, Newton County had a site visit from a potential large scale project.  Currently the site is performing geotechnical studies to certify the land so it is ready for the next big thing.

One Response to “Megasite in Newton County, Potential Game Changer for Our Community”