The Masters: The First Rite of Spring – Please Hurry! 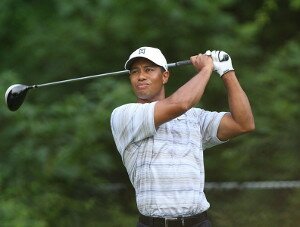 Between, ”Snow Jam 14” or  ”Snow Gate 14”, and the oh so anticipated 2014 Super Bowl, or “The Toilet Bowl” the weather and the end of football make me long for Springtime.  The official sign of Spring to me is The Masters Tournament.  Ah… to be at Augusta National, the Golfers Heaven.

Back to the Toilet Bowl…Next to the great Dallas Cowboys, I consider the Denver Broncos one of my favorite teams to pull for, even though they dropped one of the best team mates you could ever have in Tim Tebow.   But, they did sign who may be the greatest quarterback in the game and some would argue, all time.  Yes, I too was caught up in the “Manning Mania”, and just knew he would win this game and ride off into the NFL sunset.  Baa Hum Bug as my Grandmother “Meme” would say, who without a doubt was the greatest grandmother that ever lived.  How fitting my sister inherited the same nickname? Big shoes to fill, but absolutely qualified to do so.

Back to the Toilet Bowl…I have never seen such a beat down as I witnessed in this game.  Seattle’s defense absolutely owned the Broncos.  In the post game press conference, Manning was asked a question everybody in the world was thinking.  “Peyton, were you and your teammates embarrassed?”  His response was so Manningly.  “Embarrassed is not a word I would use, in fact I find that word insulting.”  Well, Mr. Manning, Excuuuse Us!  Would you had rather us use: shame, inhibition, chagrin, discomfort, ignominy, or mortification?  Pick one.  They all mean embarrassed and that’s exactly what you should be!

Back On track with The Masters…It’s the behind the scene stories, the new talent that burst on the scene every year and the more than likely photo finishes that this major championship  produces year in and year out that intrigues us all.  One story is already the buzz.  Kevin Stadler won the Phoenix Open this year when Bubba Watson missed a four footer on the last hole, which enabled Kevin to join his dad Craig as a winner of the event.  This made history.  Kevin and Craig Stadler will be the first father and son to play at the Masters on the same weekend.   I predict they will both play great and will be in the last group on Sunday going head to head.  Ok, that might be a little farfetched.  Maybe both making the cut?  Is that still stretching it?  While I’m looking into my crystal ball, I also predict Syracuse will put a beat down on Kentucky in the final four.  Sorry Klenke and Bridgewater, but how can anyone get so attached to a bunch of one and dones.  I’m just saying.

Back on Track…Well one thing is for sure, Lord willing and the creek don’t rise, (another saying from the Hall of Famer Grandmother), The Masters will be here before we know it. So till April 10th   Klenke and Bridgewater, enjoy all the round ball your heart desires.

No Responses to “The Masters: The First Rite of Spring – Please Hurry!”