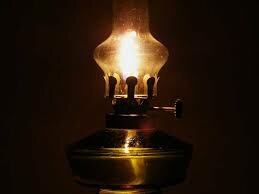 Nowadays it is pretty risky for a boy to go barefoot, especially along roadsides and public places. Current day practices are so atrocious that walking barefoot along a roadside could quite possibly result in a foot being stuck with a discarded hypodermic syringe. I recall being in a conversation on the subject with the late Randy Poynter, while standing alongside a well traveled road in Rockdale County. He told me about the danger, and when I expressed doubt, he said, “Let’s look”. We walked along the shoulder for a short distance and saw two such discarded syringes in the grass.

In the old days, however, you could probably walk a thousand miles and never see such. A broken bottle was even a rarity. Shoot, people collected drink bottles and returned them for the deposit – 3 cents. There was a greater danger in getting a puncture in your own yard. My brother, Ted, and I collectively sustained many punctures. Any time a board with a protruding nail was lying around, a boy was going to step on it for sure. As likely as not it was the same boy who carelessly left the exposed nail lying on the ground.

My point is, however, what we did as a prophylactic measure to prevent lockjaw, tetanus, “blood poisoning” and all other evils such an event might bring on. A rusty nail into the foot, or even through it, was treated by pouring kerosene into a pan and soaking the injured foot in it. That was good for dog bite, or nearly any cut or broken skin. There was always total comfort in knowing that proper care had been taken to stay healthy.

Brother Ted, while running, stepped on a short toothed rake and received about a dozen punctures in his bare foot. Those teeth are about the size of a small pencil. Do you think he was taken to an emergency room? We didn’t have an emergency room in those days. In fact, we didn’t have a hospital. We had the two good Doctors Griggs and Brown, whose offices were full when they weren’t out delivering babies or making another house calls in the countryside. But nobody went to a doctor for anything as minor as what I’m talking about. After gashing my bare foot on a broken piece of bottle, I was instructed to be more careful, and to pour some kerosene in a pan and soak it. It never failed to do as expected, prevent infection. It most certainly was soothing and relieved pain. It also helped to staunch bleeding. I read several accounts of rattlesnake bite being treated successfully with kerosene.

Today, I wouldn’t even think of treating a foot stuck with an abandoned syringe with kerosene. We have gone a long way from those days. I read now that while most bloggers on the internet say they have used kerosene successfully to treat injuries, some say it causes cancer or other bodily maladies. I am not recommending it as a treatment, however. I am simply reporting my experience, mostly because it sounds very quaint today.

In retrospect, everything we did was “quaint”. For a buried splinter or thorn tip in the foot a sliver of “fat back” was tied on it overnight with a strip of cloth. Fatback is salt cured fat of a pig. Sure enough, the next morning found the splinter or thorn lying on the piece of fatback, with no residual soreness. It was amazing.  I sometimes wonder if the antiseptic lives we live today are worse in some ways than the septic lives we lived earlier. We must have developed tremendous immunities from our exposures.

No Responses to “Kerosene Or Fatback?”