Diane Daniels-Adoma Announces Run for Georgia Senate as a Republican 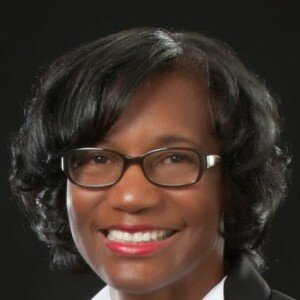 Recent articles in the local press highlight corruption around Senate District 43 and give voice to voter complaints, but voters are slow to believe that any reformer can effect real change.

ATLANTA, September 10, 2015—Diane Daniels-Adoma has decided to go against the political trend in her district.  As the district steadily becomes more Democrat, she is making a party switch to the Republican camp.  Her move has attracted attention from as far away as Washington, D.C., but voters in her own district have expressed doubts that she can muster the funds—and votes—necessary to win in the special election for the seat recently vacated by Ronald Ramsey, Sr.

Senate District 43 includes a portion of much-observed DeKalb County, an entire third of Newton County and the majority of Rockdale County. Ronald Ramsey, a Democrat who assumed the seat in 2007, has assiduously avoided contact with contenders for the seat, going as far as re-locating to another address in the middle of the night.  His former address is now occupied by people who have rebuffed repeated inquiries and requests for comment.  Ramsey was sworn in to a newly-created non-partisan judgeship in a newly-created Dekalb County traffic court by Governor Nathan Deal on July 30.

Other potential candidates for the seat include State Representative Pamela S. Stephenson (District 91), First Vice-Chairman of the Rockdale Democratic Party Stan Williams and Janice Van Ness, who is a business owner, member of the Rockdale County Board of Commissioners and president of the Rockdale Republican party.  All of these individuals have declined to respond to requests for comments on this race.

When asked about her party change Daniels-Adoma is direct. “In the race against Dee I was painted as a Republican in Democrat clothing.  Upon examining my political stances I realized that my detractors were correct on that one point,” she remarks matter-of-factly.  “Half of my friends and family have been Republicans for many years.”

Leo Smith, Director of Minority Engagement for the Georgia Republican party commented, “She has no affiliation with the Republican party.”  In August Smith presented Daniels-Adoma to an assembly of the Buckhead Republican Party at the Cross Creek Country Club.

Although she has been recently seen in company of many prominent Republicans around the state, some local Republicans have their reservations about her campaign.  “We like Diane, but many in the district have doubts about the ability of a conservative to win this election,” states Charles Chance, a member of the Rockdale Republican Club.  “The numbers just aren’t there.”

Mrs. Adoma was born in Bainbrige and currently lives in Lithonia.  She is a proud graduate of Kennesaw State University with a Bachelor’s in Business Administration.  She has an MBA from the University of Phoenix with an emphasis in business management and is currently writing her dissertation entitled: ‘The Correlation between Transformational Leadership Style and Employee Trust’ at Capella University.  Diane and her husband are franchise owners of all the H&R Block locations in Rockdale County.  Diane has 25 plus years of marketing experience with companies such as Turner Broadcasting Systems, AT&T, Qwest Communications, ING Group, MCI WorldCom and the University of Phoenix.  She is also a producer and host of Adoma and Company Radio and is owner of Diane Adoma Consulting, LLC.  She is running for Georgia State Senate District 43 seat.