ROCKDALE COUNTY – After experiencing a significant reduction in crime in 2014, the Rockdale County Sheriff’s Office is encouraged to see a 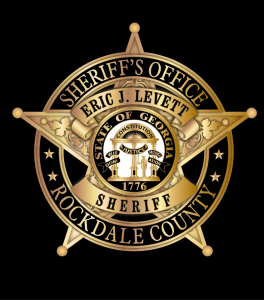 Overall, the RCSO has experienced a 5% reduction in total Part I crimes during the first six months of 2015 when compared to the first six months of 2014. A 21% reduction in Aggravated Assaults, 14% reduction in Burglaries, 1% reduction in Larceny-Thefts and 23% reduction in Motor Vehicle Thefts led to the overall drop in crime. The Murder rate stayed the same, while Rapes increased from 4 in 2014 to 5 in 2015 and Robberies increased by 8 for a 50% increase. “After seeing the low crime figures at the end of 2014 not seen in many years in Rockdale County, I am very pleased to see a continued reduction in crime during the first half of 2015,” said Sheriff Eric J. Levett. “I have been focused on crime reduction during my first term in office and have specifically targeted burglaries after citizens identified that crime as their number one concern. The continued reduction speaks to the dedication and hard work put in by the men and women of the RCSO, as well as the many technological and training improvements over the last couple of years that have given deputies the added tools needed to reduce crime. I will continue to fight crime to improve the quality of life for the citizens of this great county.”

No Responses to “Crime Reduction in Rockdale County”