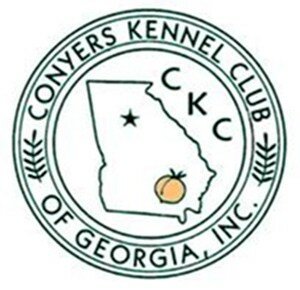 CONYERS, Ga. – The Conyers Kennel Club of Georgia, Inc. and Rockdale County Fire-Rescue (RCFR) are inviting the public to come join the celebration of a donated Pet Disaster Relief trailer for the community. The County will receive the second trailer donated to a government agency in Georgia by AKC Reunite.

The special event to officially hand over the new $22,000 trailer and keys to County officials will be on Tuesday,  September. 29 at 4 p.m. in the Government Annex south parking lot, 1400 Parker Road, Conyers, 30094.

Dr. Carmen L. Battaglia, of the Board of Directors of the American Kennel Club (AKC) and AKC Reunite, will make a special appearance as part of the festivities. Local Kennel club members also will be on hand with their dogs to check out the new trailer.

“This trailer will provide animal care services during the first critical hours if a disaster ever hits Rockdale County or the surrounding areas,” Tom Sharp, AKC Reunite CEO, said. “Safe, effective pet sheltering solutions in times of disaster are incredibly important, and AKC Reunite is pleased to help communities across the nation prepare by mobilizing AKC Pet Disaster Relief.”

When AKC, of which the Conyers Kennel Club of Georgia, Inc., is a member, presented the idea to provide the trailer, Mike Houchard, local member and AKC delegate, said he quickly jumped into action and began working with Don Watson, local club president, to contact all of the necessary participants to explore the idea.

“The idea, of course, was well received by all parties,” Houchard said. “The result of those discussions and planning sessions is here today in the realization of the disaster trailer being presented to the County.”

The Pet Disaster Relief trailer is designed to provide animal care services during the critical hours following a federal disaster declaration, and combats post-disaster tragedies affecting families that put themselves in harm’s way to save a beloved pet during a disaster. The typical unit is a 16-by-7-foot two-axle trailer with up to a 10,000-pound gross vehicle weight.

Trailers are stocked with essential, nonperishable necessities for sheltering pets. Supplies are used to create a safe, temporary home-base for the animals. The federal government reimburses emergency management organizations up to 75 percent for expenses incurred when caring for a pet during and following a disaster.

The Conyers Kennel Club has been active since 1980, representing Rockdale, Newton and parts of Henry counties. Watson said that over the years the club has purchased dog food for the local food bank to assist families who cannot afford it for their pets, as well as drug-sniffing dogs, knife and bullet-proof vests and other items for fire and police departments in the three counties.

“Although purebred dogs are our main focus, we know there is a large contingent of loving, mixed breeds in these counties, and we’ve seen over the years where disasters have happened and there’s no organized way to take care of these animals,” Watson said. “With the purchase of this trailer and partnering with Rockdale County Fire-Rescue, we thought this would be a way to care for animals displaced during a disaster.

RCFR Chief Dan Morgan said he is excited to have another proactive tool to use during a typically chaotic time. He said that trained volunteers will be deployed when necessary to staff the trailer with the assistance of County departments.

“The donation of this trailer and its contents will greatly enhance the Conyers-Rockdale Emergency Management Agency’s abilities to care for animals in times of disaster,” Morgan said. “We’re partnering with Rockdale County Animal Control and Care and our new Community Animal Response Team to have the training, equipment and protocols in place to protect our pets when they need it most.”

Anyone interested in learning more about volunteering with the Community Animal Response Team, or CART, should contact Sharon Webb with RCFR at 770-278-8401 or [email protected]