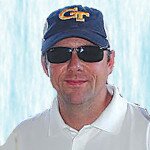 That time of year is upon us!  College football season is upon us.  Even I can say, I did not expect Tech to have as good a season as they did last year.  To think that with 5 minutes to go in the Georgia Southern game, the season was on the brink.  After blowing a huge lead the Jackets trailed as GSU was going in for another score.  What would have been a devastating blow to the Jackets turned into a miracle, and the rest, as they say, is history.  2014 ended up being one of the best seasons in the last 25 years.

Expectations are much higher in 2015.  The Jackets season really starts on September 19 with a trip to South Bend.  A win here, and I think we will, will set the Tech nation on fire.  UNCheat, Pittsburgh, and UVA should all be victories.  Tech will also avenge last year’s lost to the Blue Devils.  That leaves 5 very tough games.  Tech should split games at Clemson,  FSU and VA Tech at home, and at Miami.  Coach Paul Johnson’s squad should be 9-2 heading into the last game.  The other state school visits Atlanta this year, and this time we WILL make it 2 in a row.  My guess is 10-2 gets Tech to the ACC Championship game again.

This time Tech lives up to the hype.  The defense will be much improved and win some games early, while Justin Thomas rallies the young offense into form.

Go Jackets!  We run this state!

No Responses to “College Football Season Is Here”