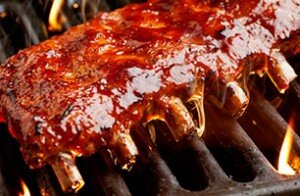 I recently had the pleasure of dining with the accreditation team in town to review our great jewel here in Conyers……The Rockdale Career Academy. As a member of the board I am seeing from the inside the great things that the staff and more importantly the STUDENTS are accomplishing here in our community. You should learn more about this school if you are not up to “snuff” on it, as we say here in the South…..but I digress!!

During the meal as were introducing ourselves and telling where we were from, the leader of the team mentioned she was from Newnan…Now, since the meal we were eating was prepared by the finest Bar B Q restaurant here in town, the mere mention of Newnan brought up the name of Sprayberry’s Bar BQ. OK! Here is your TRUE Southerner test….IF you are real Southerner and lived in this area during the 70’s and 80’s and into the 90’s you should be familiar with Sprayberry’s as the favorite haunt of one Lewis Grizzard and his cast of characters, among them, Weyman C. Wannamaker, Jr. (a great American) My daughter once met Weyman so that kind of makes me connected to Lewis through 4 degrees I think !!!!

IF you are not familiar with Lewis then you have missed a jewel of the South. Moreland Georgia’s own Lewis Grizzard was the Mark Twain of our time. As we approach the anniversary of his death 20 years ago this March 20th, we shall raise a toast in his honor…and remember his most famous charge to those who did not believe in the Southern Way of Life as he knew it, and always wanted to tell us “how they did it up North” You don’t like it the way we do it then…Delta is Ready When You Are!!!

Now throughout the rest of the dinner we discussed the different Bar B Q styles found here in the South…Pulled Pork, chopped pork, sliced pork, whole hog, butts vs. shoulders…it all comes down to what you were raised on…Mustard based sauce, vinegar based sauce, ketchup based, Mayonaise North Alabama White sauce. Take your pick. Ya think “up there” they sit around and discuss the types and style of Northern Bean Soups or the best Chowda’. Whatever, I can only believe it does not take on the same life as we Southerners put into our love of Bar B Q. All I know is that if Lewis got in a conversation about it, and they bad mouthed the boys at Sprayberrys, you can bet he would have booked them the next flight out of town…

Rest in Peace Lewis and tell Catfish hello from all of us! There have been a few changes since you left while some things remain the same….Harold’s is closed, the Hawks and Falcons still suck BUT the Atlanta Braves have moved to Marietta…Sorry I had to break the news to you!!