The Stratocats are a local band that have been performing for 25 years. Brent Burch and Keith Kiser are original members, playing lead guitar and drums, respectively. Bass player, Vernon Gibson, joined the band 17 years ago and newest member and lead singer/guitarist, Sam Deal, has been with the band since 2009. Together, they create a wonderful and versatile sound, having mastered genres ranging from blues to classic rock to today’s hits. They can be found locally at The Celtic Tavern and The Whistle Post Tavern but have also traveled to play at Lakewood, Woodruff Park, The Hogs Breath Saloon (FL), Sweet Auburn Music Festival, O’Malley’s, UGA, GA Tech, Oglethorpe College, Emory, Beauregard’s (Dahlonega) and opened for Spirit at Good Ol Days in Roswell.

This was a very interesting interview with such a diverse group of musicians. Brent has been playing guitar for 37 years and his love of music has deep roots in his family with his great grandfather playing bass in the Atlanta Symphony Orchestra. After a band demonstration in the fifth grade, Brent decided that playing the stand-up bass would be a perfect fit for him. But since the instrument was bigger than he was, it wasn’t quite the fit he had in mind. His mother opted to buy him a guitar instead. If she had known that would lead to a stint in a band called Wicked Rigor, she might have reconsidered!

Though MTV had not yet made its debut, Keith discovered Don Kirshner drumming during a televised concert and knew that was his instrument. With a particular interest in playing rock and blues, Brent and Keith founded the Stratocats. In 1987, the band decided to record their first demo in the living room of their manager’s house. As it happened, their manager moved and a few weeks later…the Virgin Mary appeared in the living room of that house out on Hwy. 138. A short time later people from all over the U.S. and Europe flocked there. Keith said it was the joke that the Virgin Mary really came to hear the Stratocats!

Vernon Gibson, bassist, actually started out as a guitarist about 22 years ago. He credits his friend and fellow bassist, John Baggett, as his biggest influence, along with Paul McCartney, John Paul Jones and James Jamerson. Vernon has played venues such as the International Ballroom, the Masquerade, the Chameleon Club, the Wreck Room, Club Z, and MT Pockets but can honestly say that playing the St. Paddy’s Day Street Festival right here in Olde Town Conyers is his all time favorite gig. Considering the creative costumes, pretty dancing girls, fabulous food and green beer served by the The Celtic Tavern, it’s not a stretch to understand that at all.

Lead singer and newest member, Sam Deal, was invited to sit in on a couple of practices with the band. After that, he just started showing up to practices each week. Sam said they never asked him to stop coming, so he just kept showing up. Sam has been playing guitar for about 20 years. He noticed his cousin, Chuck, getting a lot of attention from girls because he played guitar and that was all Sam needed to know. Growing up, Sam drew inspiration from the sounds of Hank Williams, Sr., Creedence Clearwater and Johnny Cash. As a teenager, he was into Black Sabbath, Kiss, Jimi Hendrix and the Dead Kennedys. But Sam said he tries to draw inspiration from every genre because “there’s too much good stuff out there to choose one biggest influence,” to which I wholeheartedly agree.

By consensus, one of their favorite performances ever was “Mama Jam.” The band played at the pavilion in Olde Town Conyers to celebrate the 70th birthdays of their mothers. Brent, Keith and Vernon’s moms were all born in Georgia in July of 1939 and it sounds like a night no one could ever forget. What a fabulous tribute!

This is one rock band that also has a great sense of philanthropy. The Stratocats played the Elks Aidmore Music Festival, a benefit for foster children, at the Georgia International Horsepark this past April and were the featured band at the benefit for their friends, Kathy Whitehurst and Maurice Flynn, who had been seriously injured in a motorcycle accident. The band performed to raise funds for the Atlanta Police Department to acquire bullet proof vests, as well. When you know these guys personally, such humanitarianism comes as no surprise.

To hear the band, please visit www.facebook.com/Stratocats or www.reverbnation.com/stratocats. For booking you can also use the Facebook link or contact them via email at [email protected].

No Responses to “Artist Spotlight – Stratocats” 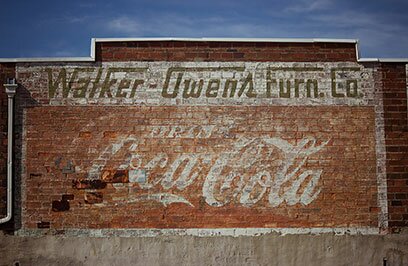 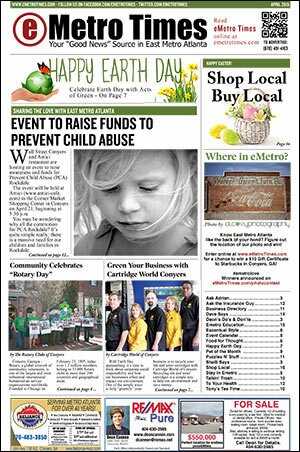