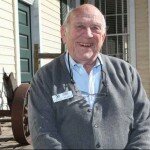 Shellie Siebert recently penned a very entertaining article about funerals entitled “R.I.P”, which reminded me of a somewhat related incident.

The incident relates to a “wake” rather than a funeral. While funerals and wakes are related, and both involve commemorating the departed, the feeling is different. The funeral is more highly structured, the fundament being religion, while a wake sometimes involves music and dancing, sometimes loud enough to “wake the dead”.

A wake can be of a broad spectrum of affairs, with an equally broad spectrum of  attitudes and behaviors. It is not unusual for spirits to be present (other than the spirit of the departed), and revelry sometimes can be a dominant theme. Wakes are usually held in the home, but can be held at other places such as funeral homes. Not only can the deceased be watched over for an evening, or two or three, to make sure that he or she is, indeed deceased, but also to endeavor to wake the deceased, at least to the extent that he or she gets a jolly-good send-off.

In Conyers in the late ‘40s, an old couple lived near the center of town. The old man had several grown sons, and all of them, including the old man, were known for imbibing heavily in spirituous liquors on occasions – frequent occasions. When the old man died, his wake was held at the home. When the indoor festivities died down, and most friends had left for the night, the sons decided that building a bonfire in the backyard would be more interesting than sitting in the living room through the night. They soon had a roaring bonfire going and enjoyed it thoroughly, along with a few of the other participants in the wake. One of them recalled that the old man had always enjoyed bonfires, and allowed that he should not be denied the pleasure of seeing this one. After another round of drinks the sons bought out the old man in his casket. A problem was soon realized, which was that lying in the casket the old man could not see the bonfire to enjoy it, so the casket was propped up against a nearby pecan tree so he could enjoy it with the sons, viewing it from his casket.

While allowing a respectable period of time for the old man to enjoy the flames, the sons commented on how good the old man looked in his casket. This eventually evolved into wonderment on their part as to how they, themselves, might someday look in a similar situation.  This, in turn, led to their wanting to “try on” the casket, and the old man quickly found himself enjoying the bonfire while lying on the bare ground out of the way while the sons took turns posing in the casket while the others  laughed and guffawed.

Eventually the diversion became tiresome, and the old man was restored to his rightful place in the casket and hauled back into the house, with the bonfire extinguished.

The old man’s funeral was held the following day with the appropriate observances.

So between the wake and the funeral, the old man did indeed receive a good “send-off”, hopefully not with a preview of a fiery afterlife.

No Responses to “A Proper Wake”