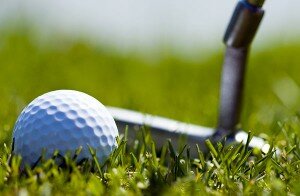 For some odd reason the 2015 PGA tour starts in 2014.  There is some off the wall tournament once a month beginning in October 2014.  Like most of you, I don’t start keeping up with the action until they start playing every weekend starting in January at the Hyundai Tour in Maui, HI.  (Bless their hearts! They probably had to fly over a week early to get in a few practice rounds in.)

Then I tend to look forward to the Pro-Am in February at Pebble Beach, CA before the so anticipated Masters in April.  This is when I start to get fired up not only about watching golf but playing too.  Weather permitting, we will be able to get in a few rounds by April just to stay loose.  But the fever doesn’t start hitting you until spring.  I can only think of one or two things I would rather do than play golf that time of year-don’t worry Donna (my wife) you’re still one or two if those things.

Now that I’ve aligned my priorities with you let’s have some fun predicting the future champs and newsworthy stories that might consume 2015 golf world.  This is my top ten predictions starting with #10:

New Year’s resolutions are usually things you wish for but never obtain.  What the heck, I’ll share with you my top ten:

Till next tee time.